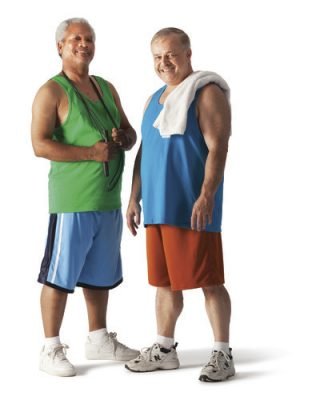 The Oskaloosa Young Men’s Christian Association had its beginning in the winter of 1866 and was just what the name indicated: an association of Christian young men seeking fellowship and spiritual inspiration. Rooms were first maintained in the old Oskaloosa Herald block, 124 1st Avenue West, with a minimum of furnishings and accommodations. Most of the men had served in the Civil War and were back home yearning companionship. During those days, the Y operated on a $1,000 budget.

The Y moved to the Gable Block (214 1st Ave. West) in 1896; then to 218 High Ave. East; then to 121-23 High Ave. West until 1897 when an active campaign for a new building began. The first YMCA building was a three-story structure on the square in downtown Oskaloosa. It was dedicated by President Roosevelt on April 28, 1903. The new building did not include a swimming pool, but this was added in 1916 after a special and successful fund-raising campaign. Around 1945, the bowling alleys were removed and the space was converted into a Youth Center. Nearly $14,000 was spent in remodeling the main floor and reconditioning the pool.

In 1969, the YMCA moved to its present location following an extensive building campaign led by committed community leaders. The Y, to this day, faithfully serves the community by focusing on the four core values: caring, honesty, respect and responsibility.

The Young Women’s Christian Association (YWCA) was a collaborative partner with the Y for many years and their presence is still remembered and valued. Both the YM and YW shared space and often assisted each other with programming. The YWCA began providing child care in the early 1990s. The YWCA closed in 2002.

In December 2000, a name change took place. The YMCA of Oskaloosa changed to the Mahaska County YMCA, the name it operates under today. The change was to more adequately reflect the service provided to, not only Oskaloosa residents, but to those living within the entire Mahaska Community, throughout the county. The YMCA is an active member of the local early childhood partnership providing high quality four-year-old preschool.

Through building and name changes, facility improvements, and program advancements, your YMCA continues its focus of strengthening community making sure everyone of its members and those of the community it serves has the opportunity to learn, grow, and thrive.